The Canadian Numismatic Association Educational Committee was proud to present the 2005 C.N.A. Educational Forum during the annual convention in Calgary, Alberta. The forum was held on Saturday, July 23 at 2 PM. Two outstanding speakers were selected to address the audience. 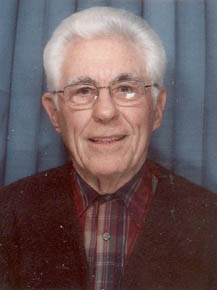 Let’s go to the fair! A selection of prize medals highlights this presentation about agricultural awards in Canada. The session traces the history and development of our agricultural fairs and exhibitions from the early days until their heyday – the time when the small-farm operation still prevailed; when agriculture continued as the dominant industry in our country and when motive power for much of the work in it was still provided by draft animals.

In the presentation you will learn how an exhibition differs from a fair and how both are alike in their displays and judging of agricultural animals and products. You will get an understanding of the traditional “prize list” for events, which is a means of determining the relative importance of award medals. You’ll see how competition events were structured to judge entries. There will be tips about how to research your agricultural medals and where to look for information on past agricultural events.

The session concludes with the display of an outstanding group of early prize medals won by a top competitor; a group of medals not publicly shown before. This display should delight every collector who is interested in the medals of this series.

Barrie Renwick is a western Canadian whose numismatic interest is in medals. His historical research into agricultural awards began with the medal that featured in his article published in The CN Journal for July/August 2002. This medal is one in the group to be displayed at the Education Seminar. He has continued with extensive research into the topic of Canadian fairs and exhibitions; and in-depth research about the recipient of these medals. His plans are to publish the particulars for the unrecorded medals in the group. Among his findings are many references to related numismatic items not yet catalogued in medal publications.

Barrie is a member of C.N.A. and has contributed several articles about medals to The CN Journal. He lives in Calgary, is retired and devotes much of his time to historical research connected with his numismatic interests. 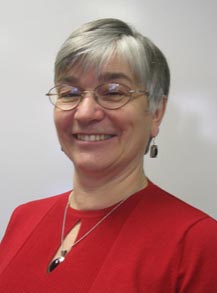 This presentation will examine the many ways in which we see the images on Canadian money. The choice of specific images is firmly rooted in tradition, and is also influenced by politics, social trends, and international activity.

Canada celebrates its cultural diversity and this diversity is reflected in the images that are portrayed on its money. This talk will use illustrations of a wide variety of Canadian coins and banknotes. It will also be complemented by a selection of illustrations of ancient coins from the fourth century BC to the fourth century AD, and European numismatic material from the seventeenth to the nineteenth centuries. Many of these items will be featured in the exhibition “Canadian Money from Beads to Banknotes” that will be shown at The Nickle Arts Museum during the C.N.A. Convention.

In both a serious and light-hearted fashion this presentation will show how we often unconsciously read into images certain current events and ignore the biases of the past.

Geraldine Chimirri-Russell has been working at The Nickle Arts Museum, University of Calgary since 1996, first as part of her graduate research programme, and later as Curator of Numismatics of the museum’s extensive collection of ancient coins. Her primary interest is ancient Celtic coinage minted in the period 200 BC to 100 AD, but she is interested in a wide range of collecting topics. She is currently researching aspects of Canadian paper money and the so-called Odd and Curious ethnographic numismatic material traded in diverse regions of the world. Geraldine has given talks on numismatics in Calgary and Edmonton and recently gave presentations at international events in Madrid, London, Canterbury and Stanford. She is a member of the International Council of Museums and The Canadian Museums Association.