The Royal Canadian Numismatic Association is proud to celebrate the 150th anniversary of Canadian Confederation in numismatic style!

The RNCA is happy to announce that we have issued a medal celebrating Canada's Sesquicentennial featuring the official CANADA 150 logo created by Ariana Cuvin from Toronto, Ontario.

The CANADA 150 logo was selected in a nation-wide competition in which students throughout Canada were invited to submit designs for the official logo representing the 150th anniversary of Confederation. Ariana was chosen from a field of over 300 eligible entries. By participating in this contest, young Canadians had the opportunity to participate and contribute in an original way to this important milestone in Canadian history. 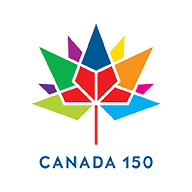 The RCNA Canada 150 medal is now sold out.

In addition to this the RCNA, in conjunction with its member clubs,  issued a set of commemorative medals featuring the same CANADA 150 reverse. These sets were available in a very limited release and are now sold out. 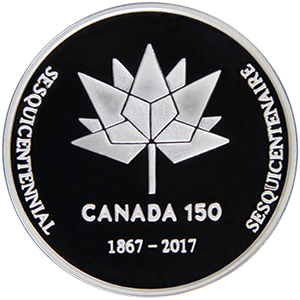 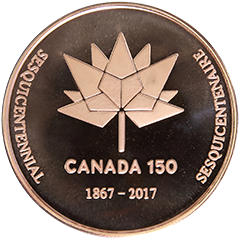 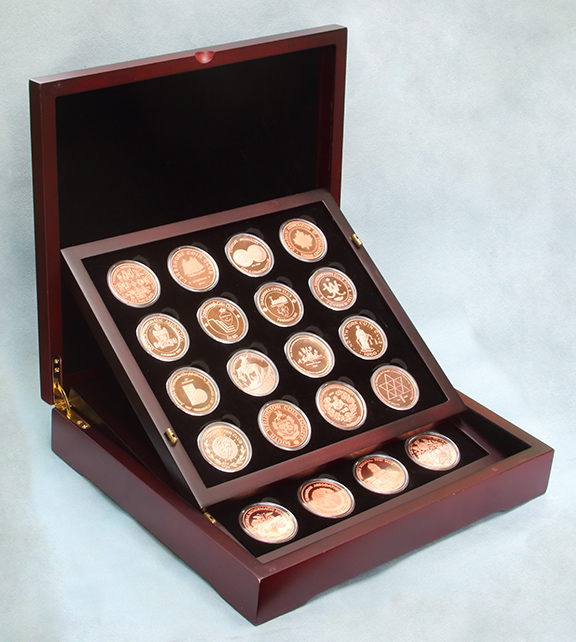 The Royal Canadian Numismatic Association (RCNA) invited it’s member club’s to participate in a joint initiative to produce a series of collectable numismatic club medals commemorating the Sesquicentennial of Confederation, Canada`s 150th Anniversary. To support this initiative, the RCNA commissioned and supplied the use of, a 38 mm commemorative die that could be used by clubs, in conjunction with a die of their own design, to strike a medal. In addition, to help support it’s member clubs that already had a suitable existing die, the RCNA commissioned the commemorative die at two private mints in Canada; Pressed Metal Products in Vancouver BC and Mississauga Mint in Toronto ON. We are very happy with the results, in fact 29 member clubs, throughout Canada, have joined the program. Exceeding our expectations!

Each of the participating clubs have chosen the specific mintages, metals and pricing structure for themselves. The clubs agreed that the RCNA could assemble complete sets of the medals, struck in copper, which they would make available at the Association's Annual Convention held on July 18–23, 2017 at Boucherville QC. The set includes a beautiful wooden box with two trays; some of the medals in this set are only available in the set. Some of the participating clubs have chosen to issue a very limited mintage in .9999 fine silver. If you are interested in ordering medals directly from the club, a list of the contact information is available on the RCNA Web site at: www.rcna.ca/societies.php.