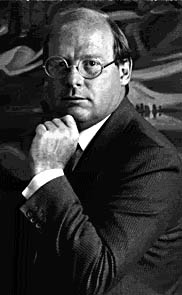 The Convention 2005 Committee is pleased to note that the theme of the presentation at the banquet was "Money, Currency, Wealth & the West" by Bob Sandford. This insightful and entertaining presentation explored the real and perceived value of money in the Canadian West since the first cash economy was established during the fur trade era. It celebrated the remarkable nature and power of currency in defining what is meaningful about where and how we live in the West. This well known and respected historian made wistful observations on the kinds of currency we will need to create if we want to preserve the qualities of the West that make it, and the people who live in it, unique.

Bob Sandford is a naturalist, historian, film-maker and author who has been interpreting the Canadian West for more than thirty years. He is the author or editor of some twenty books on the natural and human history of the West. Sandford also coordinates large scale heritage initiatives that link the nature, history and culture of the Canadian West. These events have included the very successful Year of the Great Bear in 2001, the United Nations International Year of Mountains Celebration in Canada in 2002 and the United Nations International Year of Fresh Water & Wonder of Water initiative in 2003 and 2004.

Current Vice-President of Publications for the Alpine Club of Canada, Bob was elected an Honourary Member of the Association of Canadian Mountain Guides. In 2001 he was presented the prestigious One Step Beyond Summit of Excellence Award for his lifetime contribution to mountain heritage in the Canadian Rockies.

Sandford is presently chair of the United Nations Water for Life Decade Initiative in Canada. This program focuses on the growing importance of water to the ecological and cultural heritage of the Canadian West. At its biennial meeting in Ankara, Turkey, he also became the first Canadian to be appointed to the permanent advisory committee for the prestigious Rosenberg International Water Policy Forum which will be coming to Canada in 2006.

In addition to these responsibilities, Bob is also Co-chair of the North American David Thompson Bicentennials. This commemoration will take place across North America between 2007 and 2012. The goal will be to allow Canadians, Aboriginals and Americans to reflect in the widest possible way on the continent we had, the continent we have, and the continent we want in the future - especially relating to our watersheds.