The Canadian Numismatic Association Educational Committee arranged for the 2004 C.N.A. Educational Forum to take place during the annual convention in Toronto, Ontario. This event took place on Saturday, July 10 beginning at 3:00 P.M. Three outstanding speakers were selected to address the audience on a variety of numismatic topics. 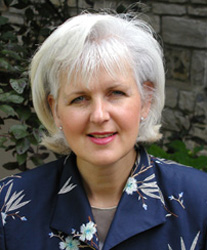 Susan Taylor will speak about the steps in the engraving process of a coin or medal from artist’s concept to the finished product. Included in her talk will be a power point presentation introducing the Royal Canadian Mint engraving staff as well as display featuring the engraving process. For added interest Susan will also talk about her visits to the Engraving departments of the Monnaie de Paris in France and the Norwegian Mint in Norway. The power point presentation will include images from these visits, which will illustrate engraving process in other mints around the world. The Royal Canadian Mint is known throughout the world for producing excellent quality coinage. This presentation will take the audience through the steps of engraving coins and provide many of the inside details on this fascinating subject.

As a Senior Engraver for the Royal Canadian Mint with over 20 years of experience, Susan Taylor creates designs, sculpts in low relief and prepares tooling for the manufacture of coins and medals. Over the years Susan has witnessed the evolution of mint engraving to the point where the master tooling is now produced utilizing computer technology. The excellence of her work can be seen in the many cast bronze and silver medals created by this artist, and in her craftsmanship as a Senior Engraver for the Royal Canadian Mint. Her designs are exceptional in their ability to capture the spirit and honour of the award being presented. This excellence is also reflected in her designs for coinage whereby the spirit of the theme is expertly translated into miniature. This can be seen in her work for the World Maritime University, Royal Canadian Geographical Society and the Royal Canadian Mint. Recently a cast silver medal was chosen to represent Canada at the prestigious Federation Internationale de Medaille to be held in Portugal in October 2004. Susan is the current President of the Medallic Art Society of Canada and is the Vice-Delegate to the Federation Internationale de Medaille. 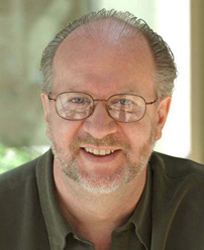 Many years ago when Toronto was known as York, commercial establishments were dealing with future numismatic treasures in the form of copper tokens. These tokens took the form of various sizes, weights and descriptions. Local businesses such as The Rising Sun Tavern, located where the Eaton’s Center is now and the Lesslie and Sons are good examples of early copper tokens. In later years, engravers and medallists such as P. W. Ellis and Henry Birks & Sons created some of the most beautiful tokens and medals that have ever been issued in Canada. Since 1879 when the Industrial Exhibition, now known as the Canadian National Exhibition, decided to establish an annual fair in Toronto, numerous creative medals have been presented to the winners of various events. This presentation will explore the many early tokens and medals that are so well known that relate to the City of Toronto.

Scott Douglas has been a coin collector for most of his life and began collecting Canadian tokens and medals in 1992 which are now his speciality. Scott is a member of several coin clubs and is a Life Member of the C.N.A. He is a charter member and past President of the South Wellington Coin Society, past President of the Buffalo Numismatic Association, the archivist for the Toronto Coin Club and the current Vice-President of the Canadian Association of Token Collectors. He is also a member of the C.N.A. Education Committee and has given presentations during the C.N.A. annual one-day course at Humber College in Toronto. 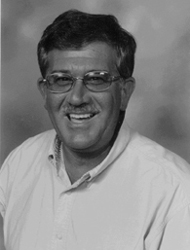 THE CARNEGIE MEDAL – THE CANADIAN CONNECTION

Since 1904, without much fanfare and in quiet demeanour, the Carnegie Hero Fund Commission has commemorated those individuals across Canada and the United States of America, who have “thrilled by deeds of heroism where men and women are injured or lose their lives in attempting to preserve or rescue their fellow.” This was a quote from Andrew Carnegie, the famous Scottish-American industrialist and philanthropist (1835 – 1919) from his 1904 Deed of Trust endowing the Carnegie Hero Fund Commission. Beginning back in 1904, some eight thousand eight hundred-plus (8,800+) Canadians and Americans have been honoured with a Carnegie Medal originally in gold, silver or bronze, now only bronze. These individuals were named “the heroes of civilization” by Carnegie and “whenever heroism is displayed by man or woman in saving human life, the Fund applies “, again from his Deed of Trust. This year 2004 the Carnegie Hero Fund Commission celebrates it’s 100th anniversary. The presentation by C.N.A. Life Member Michael S. Turrini will include a display of Carnegie Medals and the distribution of Commission literature. He will review the Commission’s operation and Medal’s history and describe heroic acts performed by Canadian recipients.

Michael S. Turrini is the current Western United States Director for The Canadian Numismatic Association and Regional Co-ordinator of Northern California for the American Numismatic Association. He has been an avid numismatist for nearly forty years whose interests cover most all aspects of numismatics from traditional Canadian and United States coinage series to fiscal documents, paper money, monetary history, medals, tokens and odd and curious money. Michael is heavily involved with local and statewide-organized numismatics in his native California. He has received numerous awards from the ANA as well as being honoured by Krause Publications as a “Numismatic Ambassador”. He enjoys research and writing and became legendary for his exhaustive research on the American 1946 Iowa Statehood Centennial Commemorative half-dollar. Mr. Turrini has been studying and speaking on “The Carnegie Medal” for the past two decades.

The Moderator of the C.N.A. Educational Forum was Paul Johnson of Markham, Ontario. Paul is well known as the Chairman of the C.N.A. Educational Committee having served in that position for the past few years. Paul was Co-ordinator of the highly successful C.N.A. Numismatic Correspondence Course as well as the one day courses that have been organized in recent years. Paul’s collecting interests date back nearly forty years and he has been involved in many numismatic educational projects since that time.

The Canadian Numismatic Association and the C.N.A. Educational Committee are pleased to have presented these fine speakers to conventioneers during the 2004 C.N.A. Convention in Toronto.