The Royal Canadian Numismatic Association invites you to this year’s Educational Symposium. Continuing in the two-day expanded format, this year’s symposium will consist of eight leading numismatists presenting a wide range of topics for your pleasure and knowledge. As the Canadian collector becomes more sophisticated the demand for numismatic education becomes stronger. For everyone attending the 2019 Convention, the RCNA is proud to offer you this leading educational event. It is an opportunity to connect with people passionate about this hobby and eager to share their knowledge making your numismatic experience that much greater. Remember, knowledge is power! 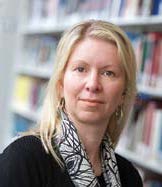 1:00 p.m. - Marina Fischer: Coins of Jesus: Money and Religion in the Ancient World

Money and religion share a long history. This talk will explore Judeo-Christian coinage, covering a unique geographic area and a historic period of cultural and ideological diversity. Beginning with the Persian Imperial coins – the only coins referenced in the Old Testament, we will examine early money
in the Holy Land, Jewish, Judeo-Roman and Christian coinage, focusing on the ones directly associated with the historic figure of Jesus. Coins from the University of Calgary’s Nickle Numismatic Collection will be available for viewing. 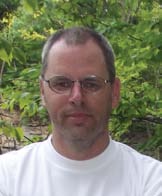 Sean Sinclair, an Ottawa native, began collecting coins when he was fifteen

-years-old and intrigued by Canadian coins with George VI’s portrait, Elizabeth II’s portrait (1st and 2nd types), and by the bird on our 1967 cent, plus US Lincoln cents with reverses showing different buildings.

Eventually his grandfather gifted him an old Charlton catalogue, which gave him an idea of the value of some of the coins. After moving to Kitchener in 2005, he joined his first coin club: Waterloo Coin Society. His memberships gradually expanded to six clubs in the general area, as well as the ONA and RCNA. He was bourse chairman for the 2012 ONA convention in Niagara Falls and will serve again at the convention in Kingston. 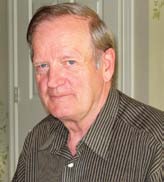 Exonumia is a very interesting topic that no matter which way you try to describe it the definitions and use of the terms will not make sense to or please everyone. However, Eric hopes to shed some light on what the Pandora’s box of exonumia may look like when fully opened up, and he’ll attempt to explain why collecting these various items can be very time consuming, rewarding and just so darn much fun.

Eric Jensen started collecting circulating Canadian decimal coins some fifty years ago eventually branching off into studying each and every coin he had or came across to see what die breaks or other imperfections he could find. He continues to actively collect circulating Canadian decimal coins, western Canadian trade tokens, Alberta medallions and woods and other related exonumia. Early in his token collecting days he was also involved in the cataloguing and collecting of Alberta Medallions. Eric became and remains heavily involved with compiling the illustrated listing of Alberta Medallions & Similar Type Stuff as well as many other numismatic fringe collectables. He was awarded the CNS’s Donald D. Patterson Award in 2007 and made an Honorary Life Member in 2015. Eric is currently a member of the RCNA, CNS, ENS, CATC, CAWMC and is a Fellow of the Canadian Numismatic Research Society. 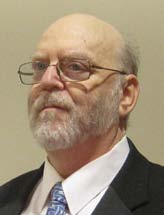 Stanley H. Clute has been a resident of the Calgary area for the past forty years. He is a fellow of both the RCNA and the CNRS. His fascination with numismatics began in his early teenage years. His interests really began to focus when in grade ten he presented a class talk

on ancient Roman coinage – a subject which has since become one of his major areas of interest. Other interests include British tokens, medals and related items, Canadian historical tokens and medals, and paper money. 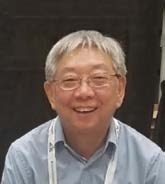 1:00 p.m. – Michael Souza: The Occupation of Hong Kong and the Life of a Veteran

Michael Souza was born in Hong Kong in 1955 and immigrated to Canada in 1968. He graduated from high school in 1973 and was employed in 1976 by Revenue Canada Taxation (now Canada Revenue Agency) as a tax auditor. He obtained his designation as a Certified General Accountant in 1984 and after a 35-year career at the Canada Revenue Agency, Michael retired in 2011.

Michael has been a member of the North Shore Numismatic Society since 1988 and is currently holding the positions of President, Secretary, and Treasurer in the club. He is also a member of the B.C. Philatelic Society, and the Vancouver and North Carolina Chapters of the International Bank Note Society.

He spends most of his time organizing his club’s five annual Coins, Stamps & Collectible Shows and the monthly club meetings. He is also active in making presentations at other local coin and stamp clubs. 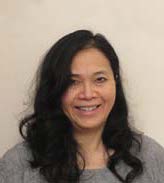 2:00 p.m. – Lisa Dare: Numismatics 101 – A Spouse’s Guide to Understanding and Living with a collector

Join Lisa Dare as she shares her perspective and knowledge as the spouse of a serious numismatist. She will be providing lighthearted insights that she has gleaned over time from meeting and having conversations with numismatists of all types and varieties.

Lisa Dare is an executive and leadership coach based in Calgary. She began her career as a hospital pharmacist and subsequently transitioned into the pharmaceutical industry where she worked for several major companies. Currently she is the principal and CEO of Lisa Dare and Associates which is a coaching, consulting and facilitation firm. Her clients include leaders at all levels within numerous industries including major corporations, governmental agencies and educational institutions.

Lisa’s introduction to the world of numismatics was through her husband who has been an avid collector since he was a young boy. Although not a serious collector herself, she has been known to buy a few sparkling shiny round items from the Royal Canadian Mint. 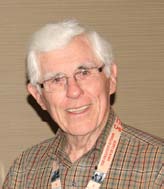 Barrie Renwick remembers that his fascination with coins and medals started in childhood around 1935 when given a Geo. V Jubilee silver dollar for his collection, which was a shinplaster, two large cents and a $5-gold coin. Money was vital in those Depression years, so when he got his Royal Visit school-kid’s medal, Mom cautiously deposited his gold coin in his bank account. Protecting its dollar value meant more than keeping it for show.

As a student, his numismatic interest was foreign coins; relatives gave him accumulations, military members returning from WW II contributed, and parents sometimes helped him buy that magical grab bag some American dealers advertised: 50 coins from 50 countries for $5.

In his early adult years he joined a coin club and served in office. His collecting interests gravitated from coins to art plaques and medals. These interests prompted him studying heraldry, and art symbols to better his appreciation of works by favoured sculptors and medallists.

In his retirement years Barrie, a Fellow of RCNA and CNRS, began writing. His articles were about things he’d collected. When that source exhausted, he chose subject items from museums and Internet sites. He’s written about many medals and sculptors and has reviewed several numismatic books. His numerous writings regularly appear in The CN Journal.

Now in his concluding years, no longer actively collecting, he’s been an ongoing assistant in preparing material for print in The CN Journal. During that time, he’s also presented at education sessions of two previous conventions. 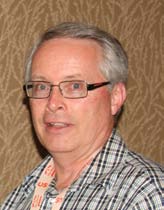 Neil Probert was born in Calgary, Alberta. He started collecting coins in his youth and joined both the Calgary Numismatic Society (CNS) and the Royal Canadian Numismatic Association (RCNA) as a junior member in 1972. He collects Canadian and specific world coins, Canadian wooden money and collectibles issued by coin clubs.