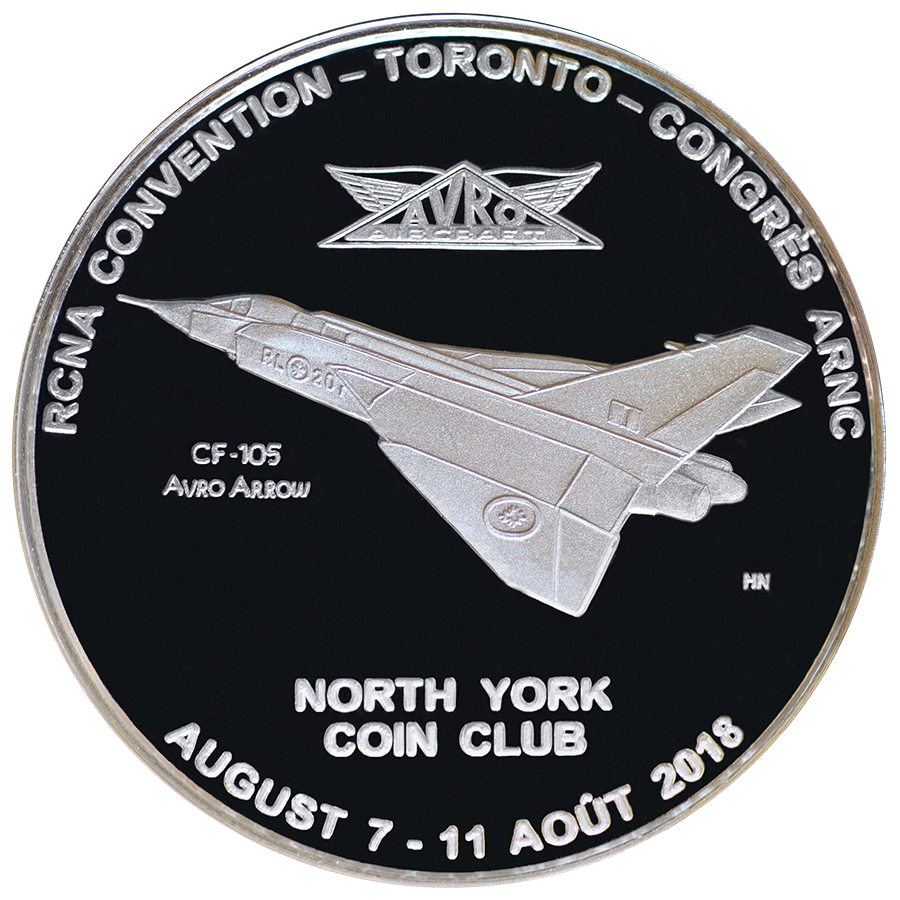 The 2018 RCNA Convention Medal features a design of the Avro Arrow CF-105 aircraft.

For this year's convention medal, the North York Coin Club has chosen a Canadian aeronautical achievement, that many consider the pinnacle of our aviation history.  Sixty years ago this year the CF-105 Avro Arrow made its maiden flight nearby at Malton, Ontario.  At the time the Avro Arrow was the most advanced delta-winged interceptor aircraft in the world.  It is an honour to commemorate this event with a medal, and it's also a privilege to meet someone who has firsthand information about that turbulent time in political and aeronautical history in Canada -- the convention committee arranged to have Mr. Claude Sherwood as our Banquet Speaker.  Mr. Sherwood was a draftsman for the Arrow project those many years ago.  He'll relate his experiences and illustrate them with some rare video and pictures of the project.  You'll want to be in attendance at the closing banquet!