The Royal Canadian Numismatic Association invites you to this years Educational Symposium.
Continuing in the two-day expanded format, this years symposium will consist of eight leading numismatists presenting a wide range of topics for your pleasure and knowledge.

As the Canadian collector becomes more sophisticated the demand for numismatic education becomes stronger. For everyone attending the 2018 Convention, the RCNA is proud to offer you this leading educational event. It is an opportunity to connect with people passionate about this hobby and eager to share their knowledge making your numismatic experience that much greater. Remember, knowledge is power!

Plan to attend the 2018 RCNA Symposium held Wednesday, August 8 and Thursday, August 9, in the South Studio 3 room of the Convention hotel. Everyone is Welcome! 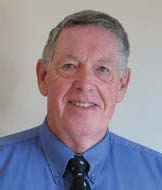 Ron Cheek describes himself as a retired consulting civil engineer who spent a career in the water and wastewater treatment area of municipal engineering and a freelance technical, business, and numismatic writer, and an editor / proof reader, who has published more than 80 articles on numismatic topics for various Canadian and U.S. publications. Ron is a Fellow of the Canadian Numismatic Research Society, and has received numerous awards which include: RCNA The Guy Potter Literary Award (2013, 2014), RCNA Jerome Remick III Literary Award (2007, 2010, 2013), NLG Award U.S. Magazines (2013) and NLG Award World Coin Magazines (2011). Ron is a graduate of Queen's University and Sir George Williams University, Permanent Secretary of Queen's Class of Science 1967, and served as Queen's Engineering Society Secretary for a couple years too. 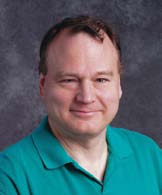 Alan Roy began collecting coins almost 40 years ago. Although he collects a wide range of items, his main focus is the medals of the Royal Canadian Mint. He is a member of several numismatic organizations, including the RCNA, CATC, and CCCC. He is a long-time member of the Ontario Numismatic Association and serves as area director. Always seeking to collect something out of the mainstream, Canadian numismatic literature caught his interest about 20-years- ago. He now authors a regular column on the subject for The Canadian Numismatic Journal. 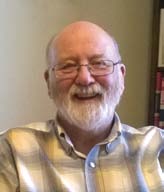 Angus Sutherland is a retired Presbyterian minister who has long been fascinated with both numismatics and with history. He discovered that his vocation and his interests could be combined in collecting Communion t oke ns, largely a Presbyterian phenomenon.

He began collecting these tokens in earnest in 1990 when he bought 200 Canadian Communion tokens from the Norweb collection. His worldwide collection has exceeded 4,000. Angus is currently working on a book about the Communion token and, in particular, describing his Canadian collection, and updating or correcting the histories of the issuing congregations. Angus chairs the Advisory Committee for the National Presbyterian Museum in Toronto, which, boasts an equally large collection of Communion tokens. 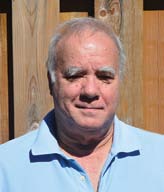 Jim Charlton Jr. was born in Ottawa in July of 1946. A few months later Jim was adopted by James and Mary Charlton. Jim spent his early days in Chalk River before the Charltons moved to the 'beaches' area of Toronto. At the age of 17 Jim entered the printing trade, apprenticing at
various shops in Toronto. Jim worked in this business most of his life until 2014 when he retired from Hamilton Web Printing a Metroland Media company.

Jim served in the Navy League Cadets as an instructor of naval history, also touching on basic navigation and drill techniques. He is an avid builder of model railroads and used to build ship models from both plastic and wood. When he retired Jim picked up his camera again and went back to photography devoting his time and humble talents to photographing old buildings and homes in the city of Hamilton. Currently Jim and his wife Pamela live in Hamilton as does his son, son's wife and 7-year-old daughter. 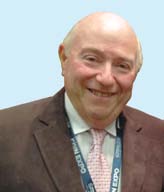 Geoffrey Bell is a familiar face around Canadian numismatics having served two terms as President of the Royal Canadian Numismatic Association, a Past President of Canadian Paper Money Society, and the Canadian Numismatic Research Society. He is a Fellow of the RCNA and CNRS. He has received the Paul Fiocca award, the Ferguson gold medal and the Royal Canadian Mint silver medal for education. He was the numismatic expert on the Canadian Antique Roadshow on CBC Television and has done numerous interviews on radio and television. Besides being an avid collector, he owned a coin store in Moncton and works with son Brian in the auction business.

Geoff has amassed outstanding collections of paper money, tokens and medals over 60 years of collecting with medals being his favorite. His presentation will feature rarities from his collection both of historical and general interest, even to the non-collector. Medals represent the most under-appreciated area of Canadian numismatics and will be a future growth area in Canadian numismatics. 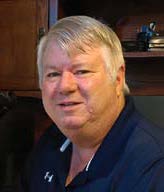 Rob Turner began collecting Ca na di a n decimal coinage as a teenager growing up in Maine during the 1960s. By 1980, he had focused his passion on collecting and studying Victorian cents. During the last thirty years, he has assembled multiple sets of these fascinating coins, including a mint state set containing all of the date and obverse variety combinations.

Since 2007, Rob has authored four highly acclaimed books and several articles on Victorian cent die varieties. In addition to describing in detail how the Royal Mint manufactured these coins, his books include comprehensive die catalogs for the dates 1858, 1859 over 1858, 1890-H, 1891, and 1892. His work on this series continues. 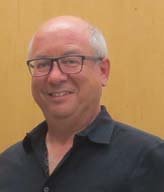 Michael Rogozinsky is president of Empire Auctions, with galleries in Montreal and Toronto. He specializes in fine jewellery, diamonds, watches and rare coins. Michael has achieved the Diamond certificate from the Gemological Institute of America, is a certified appraiser, and has been a contributor to the Charlton Standard Catalogue of Canadian Coins. Hes been cataloguing rare coins for auction since the 1970s, and continues today, auctioning every month at Empire Auctions in Toronto, Ontario.

Over the years, Michael has handled thousands of important rare coins, and has bought, sold and/ or auctioned examples of almost every 19th and 20th century rare Specimen and Proof coin ever minted for Canada, including the famed 1911 silver dollar, 1921 Specimen 50 cents, an original matched 1875H Specimen set, and several truly unique Specimens. He is a recognized expert of early Canadian Specimen coins, and his opinions have been sought after by collectors, grading companies and other colleagues/dealers in the industry. 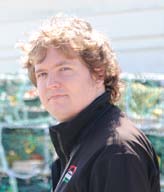 Ian Speers lives in Toronto, where he has his own legal practice, with a focus on real estate conveyancing and estate planning. He is the current Chair of the Ontario Bar Associations Real Property Executive, and has been a sessional lecturer at Queens University, Faculty of Law since 2016. His numismatic interests include Canadian pre-Confederation tokens, with an ongoing study of the bouquet sous and 1832 Nova Scotia thistle counterfeit series. He is a periodic contributor to The CN Journal, and is a freelance cataloguer for Geoffrey Bell Auctions. He is an active collector of early Byzantine bronze coins, and hammered coins of Scotland and Ireland. Prior to practising law, Ian worked for more than a decade in Canadian inter-university sport media relations, and he is a co-author of the book, 150 Years of Football at the University of Toronto: 1861 to 2011.