Henry Nienhuis, RCNA Educational Chairman, is pleased to announce a diverse and educational symposium scheduled on Wednesday, August 12th, in conjunction with the RCNA 2009 Annual Convention in Edmonton. 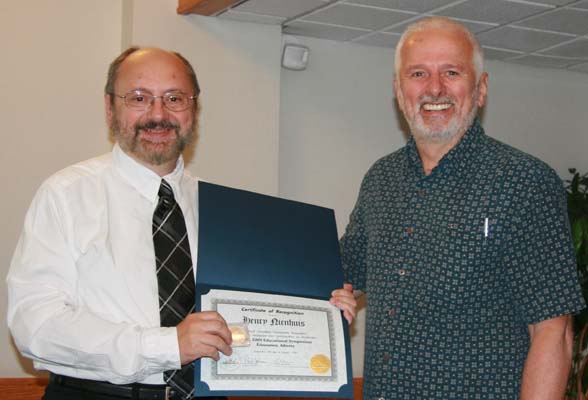 (left - right) Henry Nienhuis, F.C.N.R.S., Moderator and Michael Walsh, RCNA President
A collector of Canadian Decimal, Canadian Error, and Dutch Provincial coinage. He is the author of many numismatic articles and regular contributor to The CN Journal. Henry is currently RCNA Education Committee Chairman, Associate Editor of The CN Journal, president of the Canadian Error and Varieties Numismatic Association (CEVNA), and a Fellow of the Canadian Numismatic Research Society. 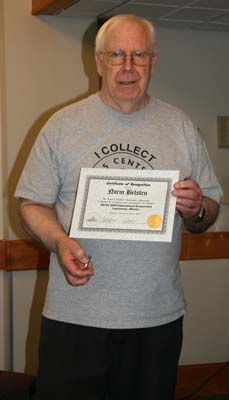 Norm Belsten, F.O.N.A.
Has been collecting woods for over 40 years! He is a charter member of CAWMC, which he joined in 1975. Norm has served the CAWMC in many capacities- president, director, and presently chairman of the board of governors and a life member. In addition, he is a member and served on the executive of a number of clubs including- the NYCC (Life Member), Thistledown Coin Club (now the MECSCC), Richmond Hill Coin Club and the ONA. Norm has maintained the Canadian wooden money listing since 1988 to date, and produced a picture catalogue of all Ontario woods in 2002. His vast collection contains over 6800 Canadian woods! 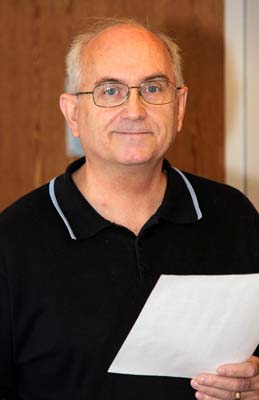 A collector since his youth, Dan’s current passion is collecting numismatic literature. In addition to his library he has a fine collection of Canadian nickels, silver dollars and banknotes. Dan joined the Edmonton Coin Club in 1987; becoming a director in 1990 he witnessed the club’s transition to the Edmonton Numismatic Society. He served the ENS as convention co-chairman and medal co-designer for the 1998 C.N.A. convention and as president for 2000-2005. Dan is the author of a number of numismatic articles appearing in The Numismatist and The CN Journal. He has taught a mini-seminar on an Introduction to Canadian Numismatics at the ANA Summer Seminar in 2004. Dan is a member of the RCNA, ANA, CPMS, ONA and the Numismatic Bibliomania Society. He is Editor, Webmaster, Librarian and Archivist for the RCNA. Dan begins a term as president of the RCNA at the conclusion of this year’s convention. He was awarded a Fellow of the RCNA in 2004. 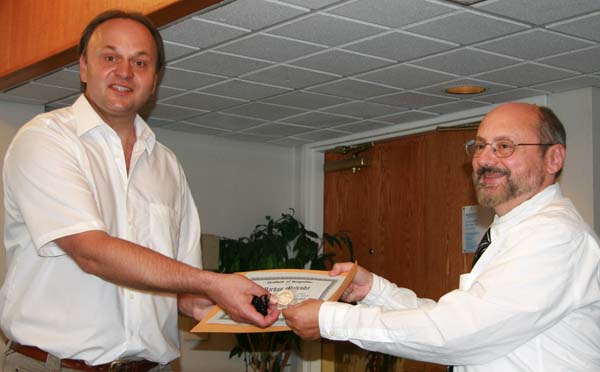 Markus Molenda and Henry Nienhuis
Actively started collecting in the mid 90’s after researching some 19th century British tokens found at a flea market. Since that time his collecting foci has been 19th century Canadian, Irish and British tokens and Canadian countermarks. Markus is a member of the Edmonton Numismatic Society as well as the CATC and RCNA. 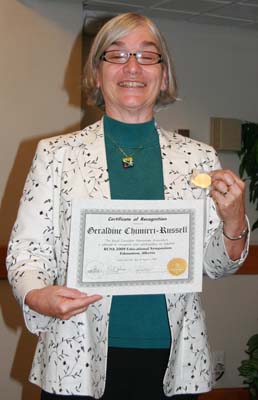 Geraldine Chimirri-Russell
Began by collecting British coins. As curator of numismatics at The Nickle Arts Museum, University of Calgary since 2001, Geraldine’s main focus of research and publication is in the examination of visuality in the ancient world using ancient coinage, particularly those produced by Celtic societies. She teaches university courses on museum and heritage studies. Geraldine belongs to a number of numismatic societies and has given international numismatic presentations at Stanford, in Cambridge, England, the British Museum, Madrid, Paris and will be giving a presentation in Glasgow at the end of August. Among her many accomplishments, she was president of the Calgary Numismatic Society, Alberta and Northwest Territories Director for the RCNA and received the Guy Potter Literary Award in 2004. 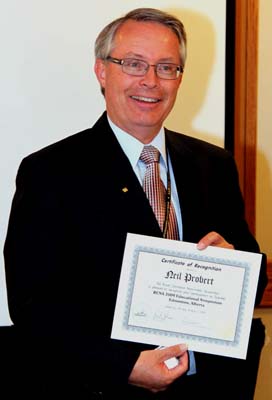 Neil Probert
Started collecting coins in his youth. He currently collects Canadian and specifi c world coins, Canadian wooden money and collectibles issued by coin clubs. Neil joined both the CNS and the RCNA as a junior member. He is past-president of the CNS (1978, 1979 & 2005) and the CAWMC (1983 to 1985). He has been editor of the CNS’s monthly "Bulletin" since 1977, for which he has won a number of awards from both the RCNA and the ANA. He was awarded the CNS’s Donald D. Paterson Award in 1980 and an Honorary Life Membership in 1996. In 2000, Neil co-authored a book on the History of the Calgary Numismatic Society as part of the club’s 50th Anniversary celebrations. He has also helped design a number of medals, including the 1987 C.N.A. convention medal and the 1990 CNS 40th Anniversary medal. 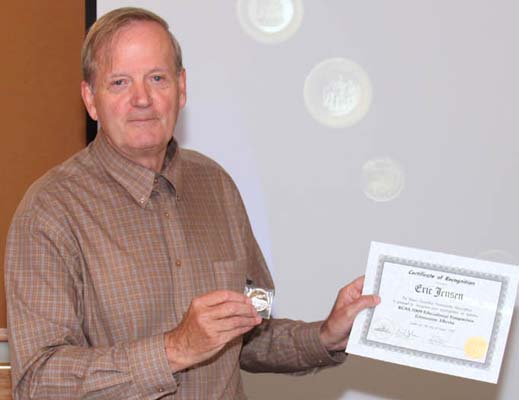 Eric Jensen
Started collecting Canadian decimal coins 40 years ago. He discovered error coins 10 years later, studying each and every coin to see what die breaks or other imperfections he could find. He continues to actively collect circulating Canadian decimal coins, western Canadian tokens, Alberta medallions and Alberta woods. During his early token collecting days he was introduced to cataloguing and collecting of Alberta Medallions. Eric became heavily involved with compiling the illustrated listing of Alberta Medallions & Similar Type Stuff. While in Newfoundland, for eight years, he created a similar listing of Newfoundland and Labrador pieces including newly issued, unlisted woods. He was awarded the CNS’s Donald D. Patterson Award in 2007. Eric is currently a member of the RCNA, CNS, CATC and CAWMC. 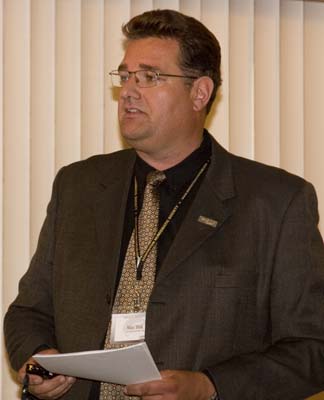 Marc Bink
Has been collecting Canadian Decimal coinage for 30-years, but more recently has been branching out in many areas including- Roman Imperial Denari, and English and German medieval hammered coins. Marc is currently more involved in studying the history of coins and coinage than actually collecting. He is a contributor and a columnist to the ENS newsletter, The Planchet, and a number of on-line forums dealing with German or Hammered coinage. He is a member of the RCNA and the ANA as well as serving on the ENS executive. Marc has worked at Sherritt since 1982 in various operational capacities including the Rolling Mill, and is currently a Process Operator in the Leach plant at Sherritt.