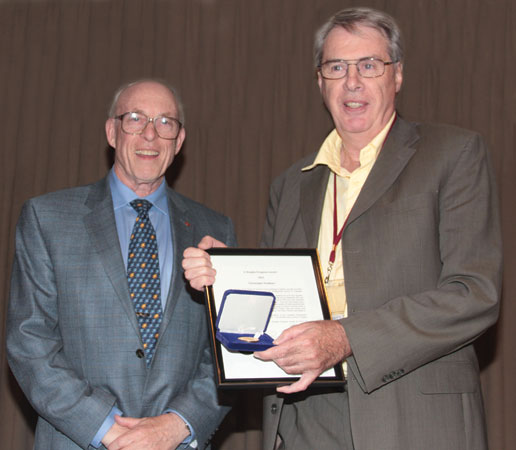 The J. Douglas Ferguson Award is the highest award in Canadian numismatics and is given annually to the living numismatist who, in the opinion of the Board, has contributed most to the advancement of numismatics in Canada, through research, writing or publishing, or in any other manner, who has not previously received the award. 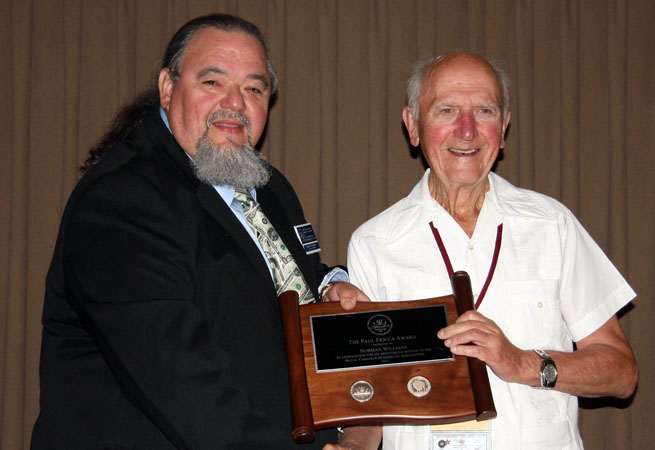 The Paul Fiocca Award is the highest award given by the Royal Canadian Numismatic Association. The award is presented annually for “Long term meritorious service or major contributions to the RCNA” and is an award not just to recognize the elite of the hobby, but any individual who may have worked behind the scenes, often for many decades, for the betterment of the Association.
This award is strictly an RCNA award for RCNA members, and is not to be confused with the J. Douglas Ferguson award, the highest award in Canadian numismatics, which does not require membership in the RCNA.
Paul Fiocca was publisher of Canadian Coin News from 1989 until his retirement, remaining a supporter of Canadian numismatics and giving freely of his own time and expertise. He served as editor of The CN Journal for a number of years, and was serving the C.N.A. in that capacity at the time of his death in 2007. The award that bears his name is funded by donations from Trajan Publishing Corporation and others that were his friends. 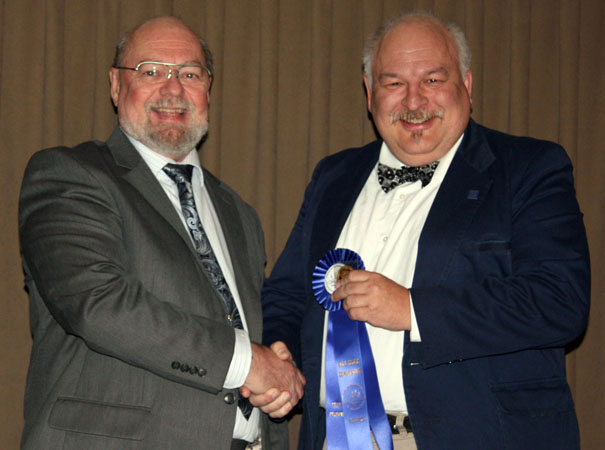 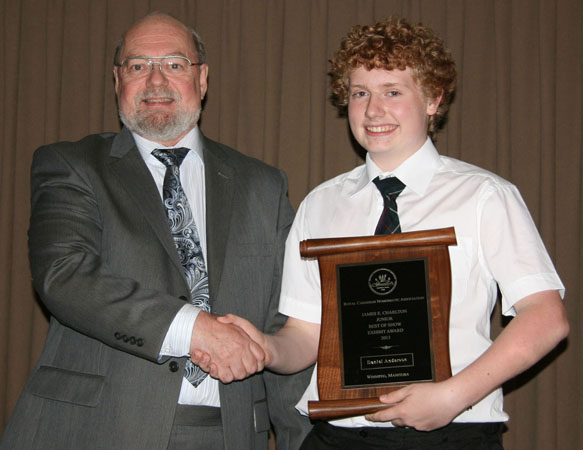 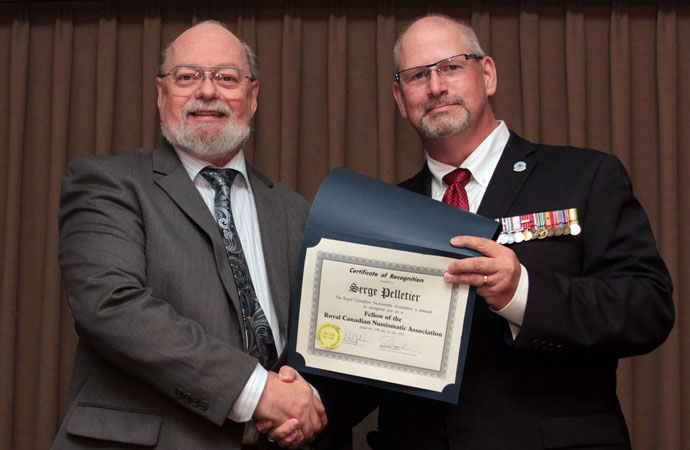 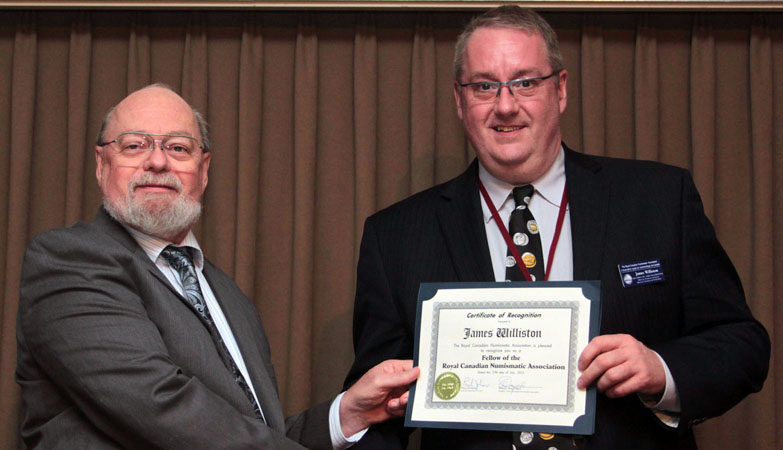 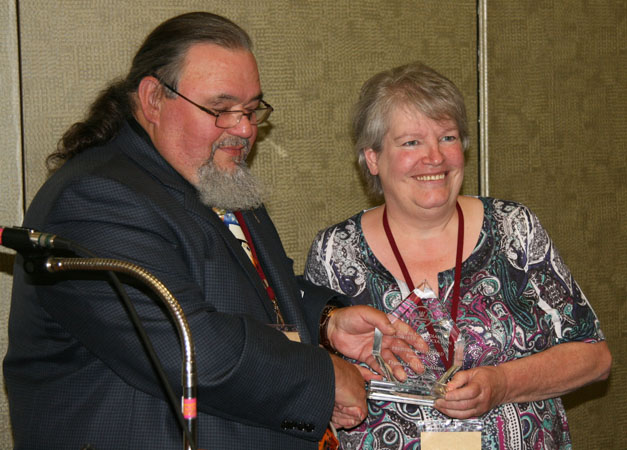 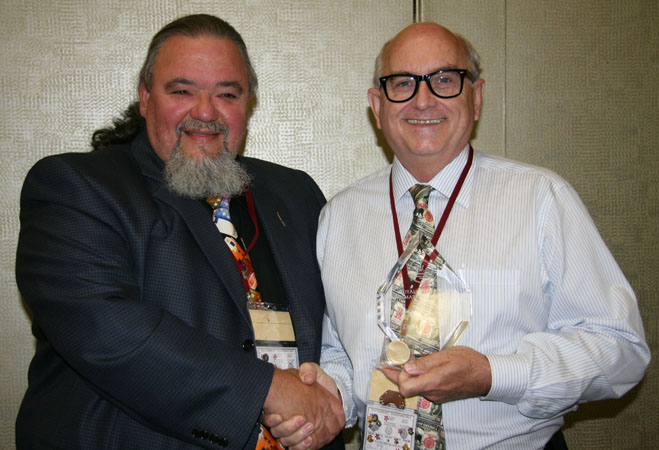 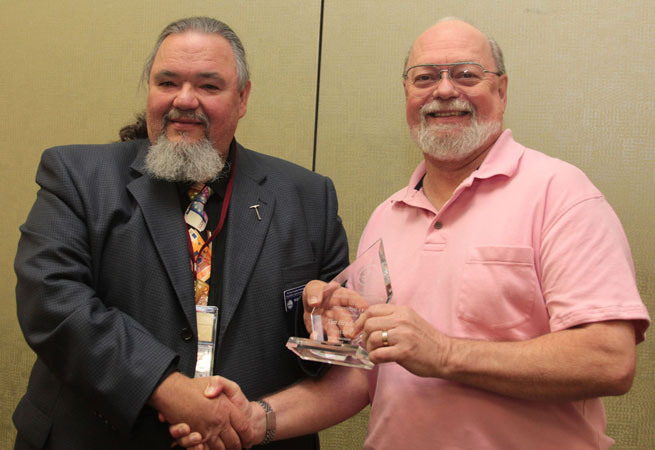 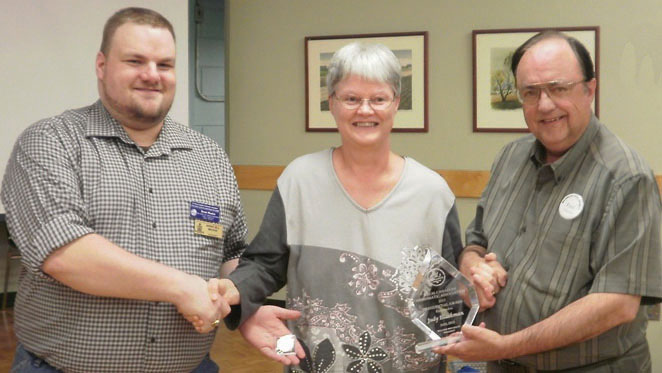 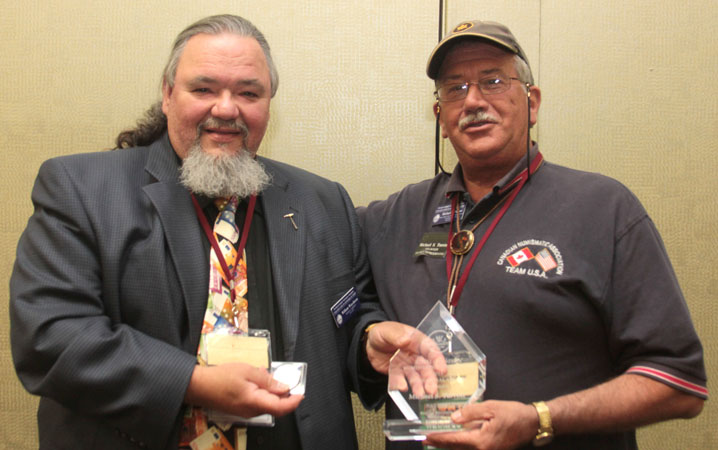 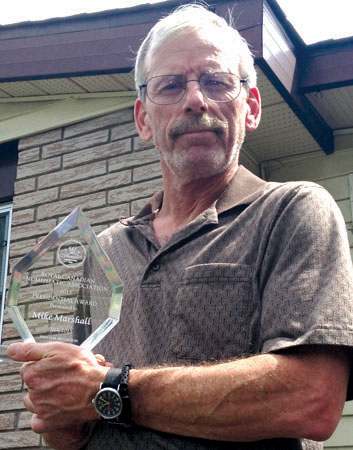 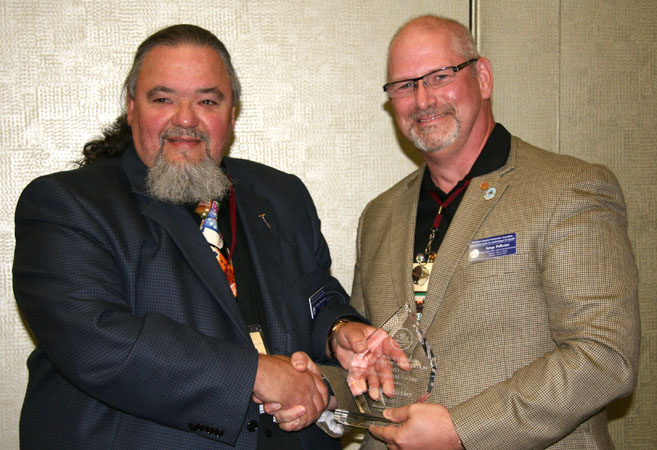 James E. Charlton recipient of a Presidential Award from Bill Waychison (No photo).

Dr. Marvin Kay is the recipient of the Guy Potter Literary Award.
No photo.

David Bergeron is the recipient of the Jerome Remick III Literary Award for the best article in a RCNA member club newsletter.
No photo.

Renald Lefebvre is the recipient of the the Best National/National Newsletter Award for Bulletin de Liaison (a publication of the Société numismatique de Québec).
No photo. 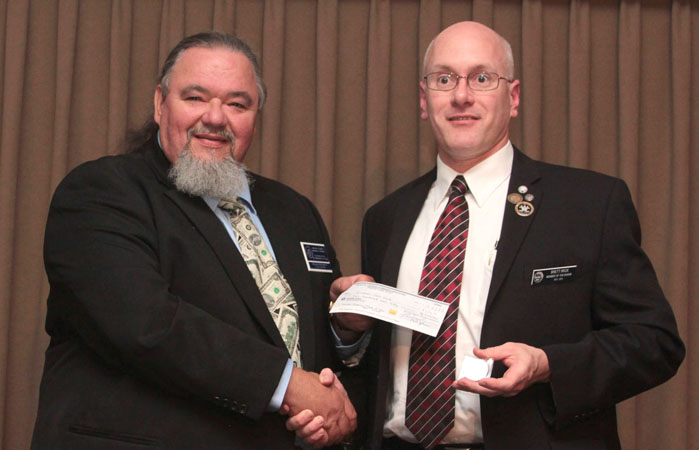 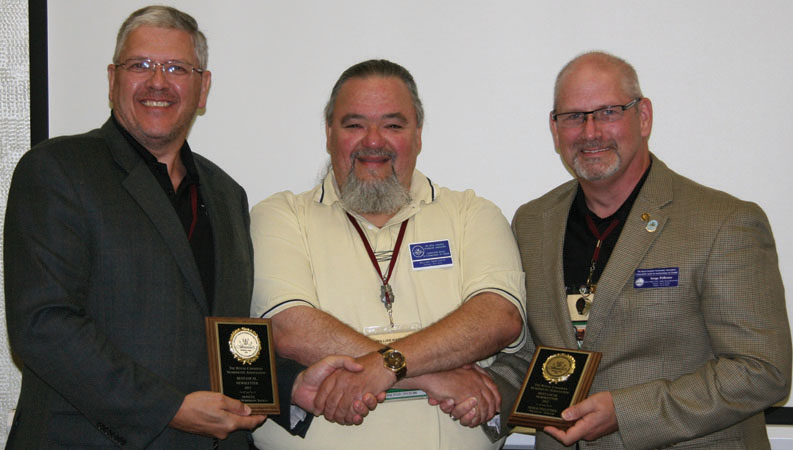 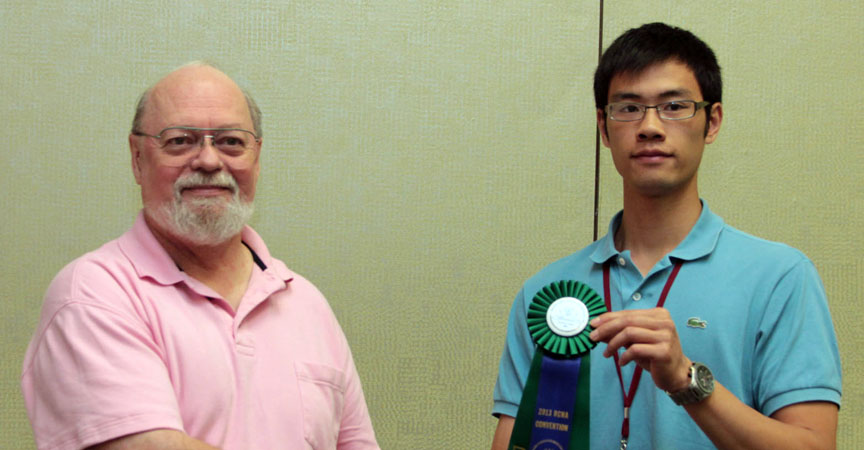 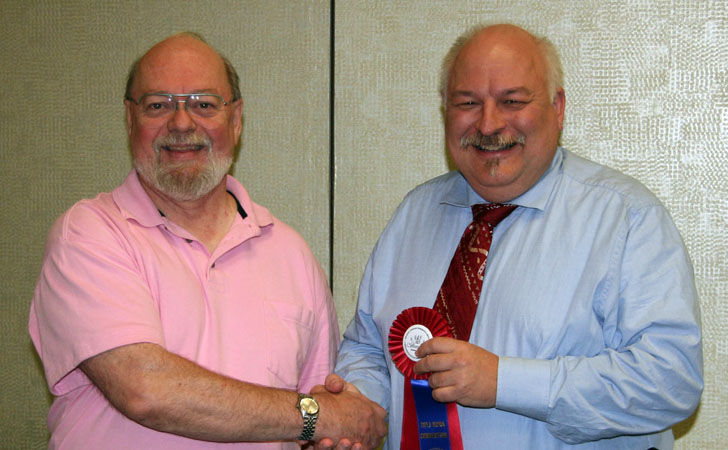 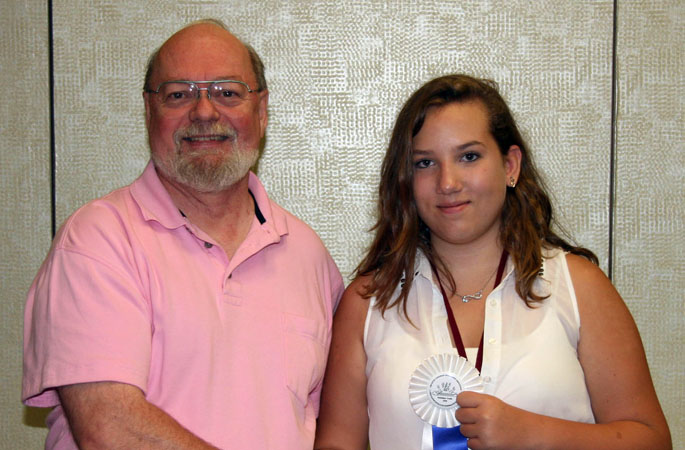 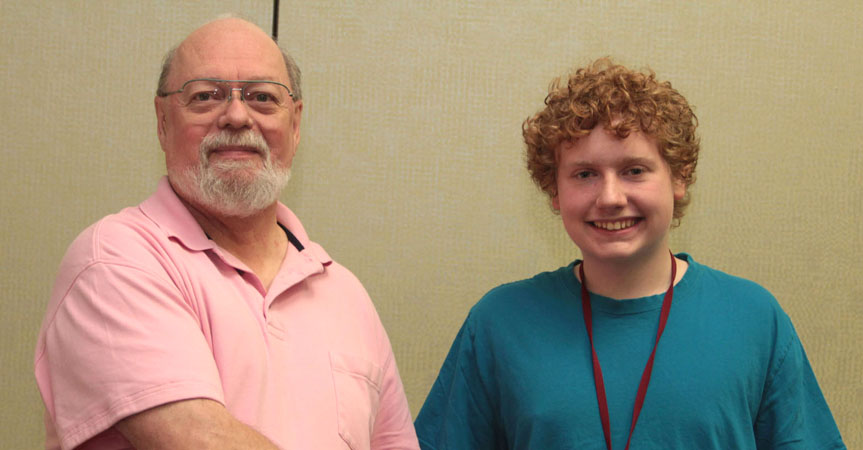 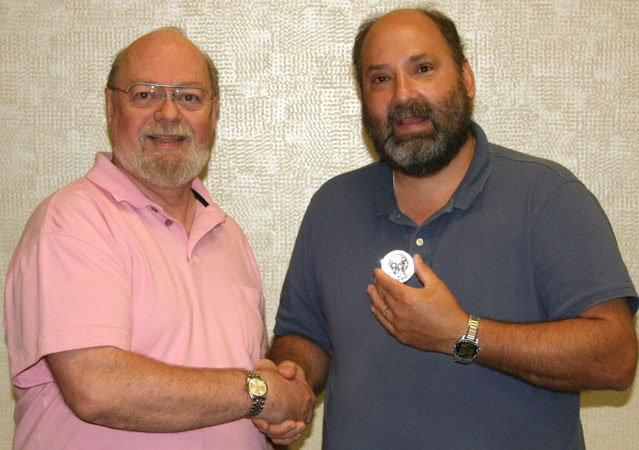