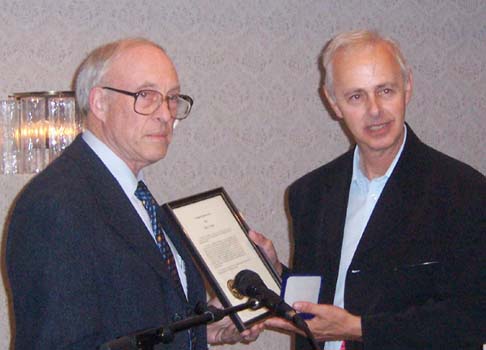 (left to right) Ron Greene, Chairman of the Ferguson Board of Award, presenting
the J. D. Ferguson Award to Harry James.

The J. D. Ferguson Award is the highest award in Canadian numismatics and is given annually to the living numismatist who, in the opinion of the Board, has contributed most to the advancement of numismatics in Canada, through research, writing or publishing, or in any other manner, who has not previously received the award. 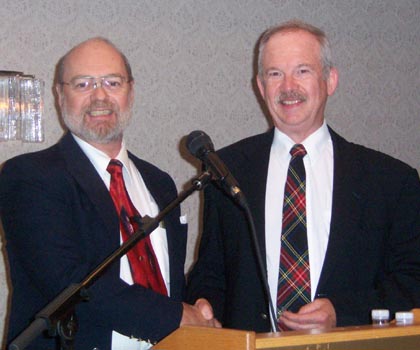 (left to right) Tim Henderson presenting the Best of Show Exhibit Award to Bob Graham
for his exhibit titled A Selection of Notes of La Banque Nationale . 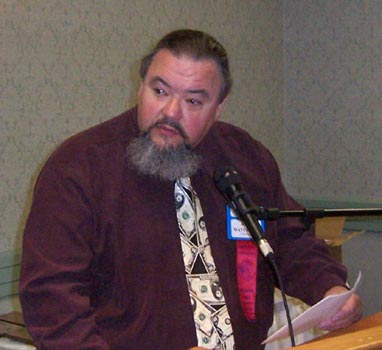 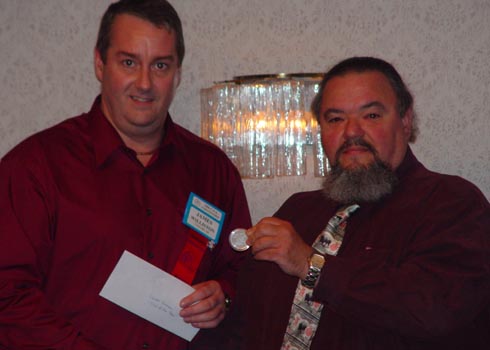 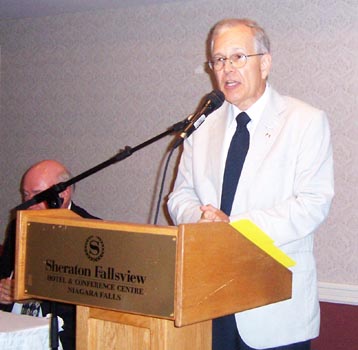 Sherman Zavitz gave the keynote banquet speech on Niagara Falls: The Weird and the Unusual. 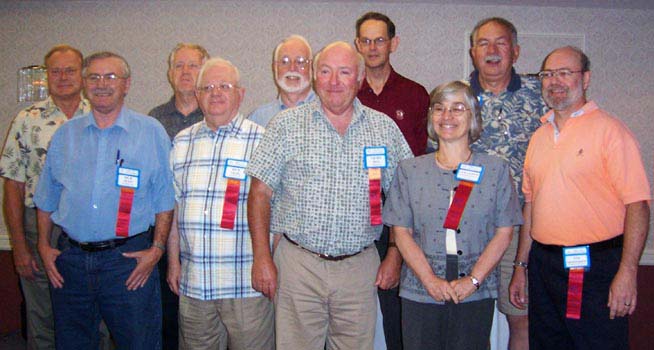 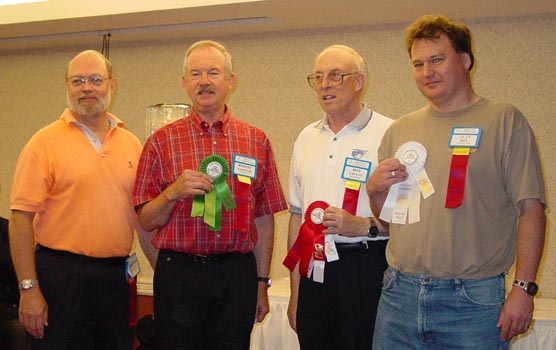 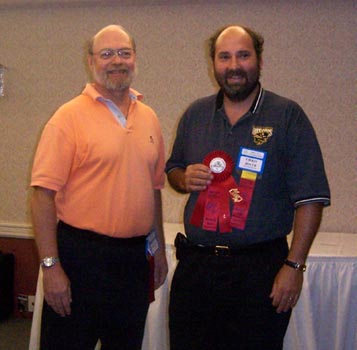 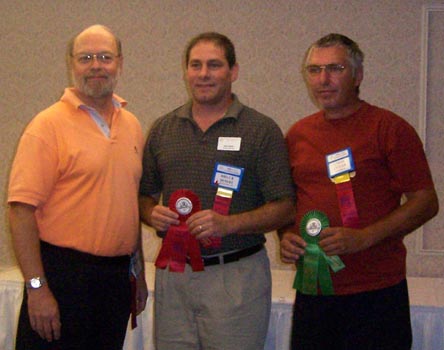 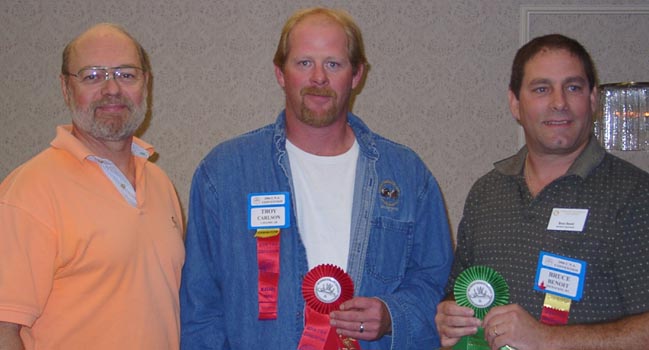 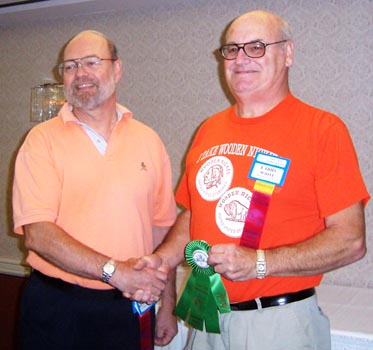 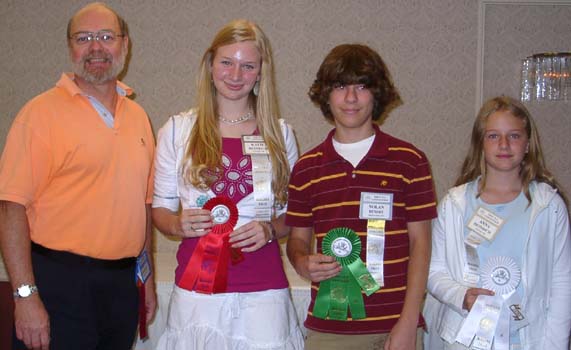 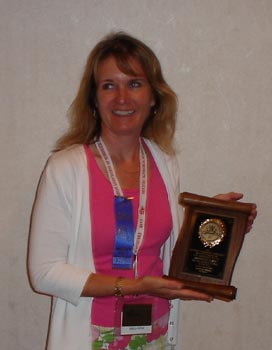 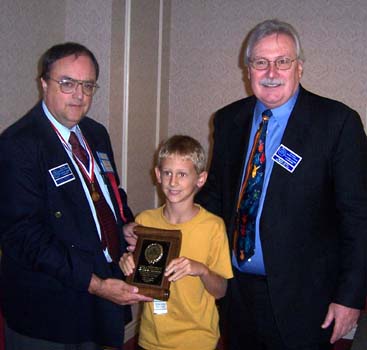 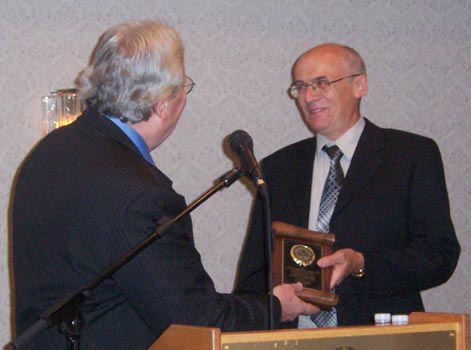 (left to right) Charles Moore, President of the C.N.A. presenting Bret Evans, Trajan Publishing, a Presidental Award for their ongoing support of the C.N.A. 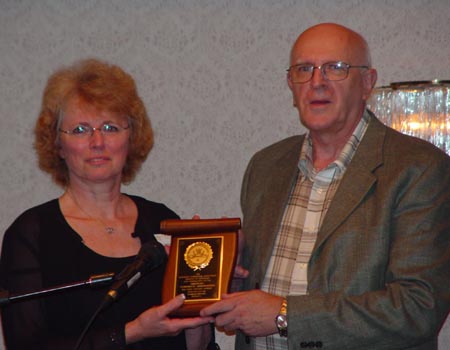 (left to right) Patricia Jagger Finner, Governor of the American Numismatic Association receiving a Presidental Award for thier ongoing support of the C.N.A. from John Regitko Convention Chairman

Charles Moore, President of the C.N.A. also presented The National Currency Collection of the Bank of Canada a Presidental Award for continuing support of numismatic education at RCNA Conventions
and the
Royal Canadian Mint for their ongoing support